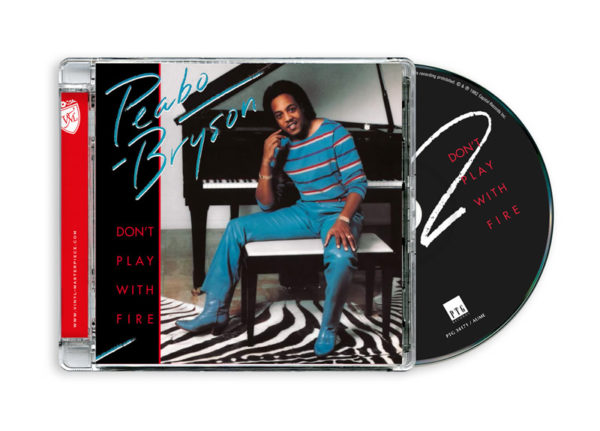 Vocalist Peabo Bryson was among the premier silky-voiced soul artists who emerged as the softer, more sophisticated urban contemporary sound became dominant in the ’70s and ’80s. He is among the world’s most dynamic and gifted vocal talents and won during his career two Grammy awards.

Born as Robert Peabo Bryson in 1951 in South Carolina he started his singing career with Al Freeman & the Upsetters in 1965, and was in the group Moses Dillard & the Tex-Town Display from 1968 to 1973. He was a producer and composer for Atlanta’s Bang Records in the early ’70s, and sang in Michael Zager’s Moon Band. His self-titled, debut LP Peabo (1976) and several singles were recorded for Bang’s subsidiary company Bullet, among them “Do It with Feeling,” “Underground Music,” “It’s Just a Matter of Time,” “Just Another Day,” and “I Can Make It Better.” All were moderate R&B hits. Bryson moved in 1977 to Capitol and made in total five solo albums and a couple of duet- albums with Natalie Cole and with Roberta Flack which both were successful hit records. He released his first Capitol solo album titled ‘Reaching for the Sky’ in 1978 and reached the golden status with it. The title track was a number 6 R&B hit. He remained in the Moon Band until 1979, departing after “I’m So Into You” and spent two weeks as the nation’s number 2 R&B hit in 1978.

Bryson continued a prolific career, both as lead act and duet participant. He made more hit duets with, Melissa Manchester, and Regina Belle. Bryson recorded for Capitol until 1984, when he switched to Elektra, and enjoyed more successes with “If Ever You’re in My Arms Again.” He moved to Columbia in 1991, issuing ‘Can You Stop the Rain’; subsequent efforts included 1994’s ‘Through the Fire’ and 1999’s ‘Unconditional Love’. He also enjoyed more acclaim making duets with Belle. In 2007, he incorporated the smooth jazz sound into his comeback album ‘Missing You’.

This PTG re-issue album of ‘Don’t Play With Fire’ (first released in 1982) was very successful and Peabo Bryson had three singles in the charts from this album, ‘We Don’t Have To Talk (about love)’ 16 R&B Charts, ‘Give Me Your Love’ 22 R&B charts and ‘Remember when’ 54 R&B Charts. The album reached number 8 in the R&B charts and 55 in the Billboard hot 200 album list. With this album he wasn’t hitting the peaks he routinely climbed in the late ’70s, but was maintaining his status as a hit act and romantic idol.