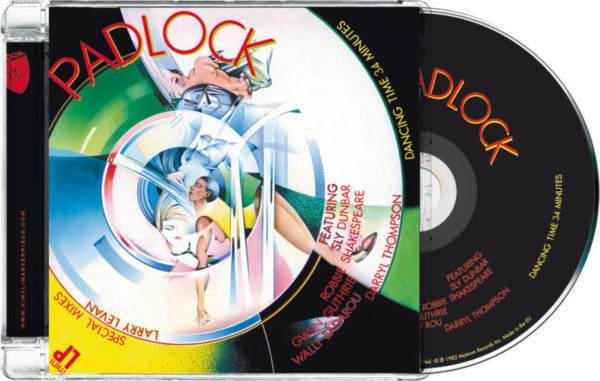 Gwen Guthrie â€“ Padlock, 1983 Garage Records / Island Records. Padlock contains exclusive Larry Levan remixes of mainly tracks of Gwen Guthrie’s album Portrait. The 12â€ EP was released on the (in)famous New York City night club Paradise Garage’s own Garage Records label. Larry Levan (born Lawrence Philpot, July 20, 1954 – died November 8, 1992) was a DJ who spun at the New York City night club Paradise Garage. The club is described as the prototype of the modern dance club, because it was entirely focused on dancing, and was the first to put the DJ at the center of attention. Larry Levan developed a cult following, who referred to his sets as Saturday Mass.

Guthrie’s devoted club following and the powering of Larry Levan of his remixes would be the catalyst for having a big-selling mini LP. After months of constant club play and unreported radio exposure of the title track, it was by far outselling the new album Portrait and single on Island. By autumn 1985, the mini-LP had sold over 120,000 copies and the Padlock single over 45,000 in the USA.
For all Larry Levan & Gwen Guthrie fans, this album is still their favourite today. With 7 bonus tracks it is a complete masterpiece, which can’t be missed by any 80’s dance music fan!