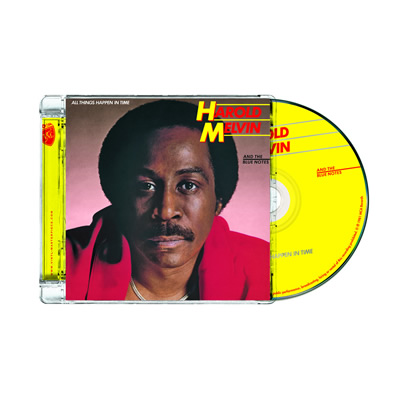 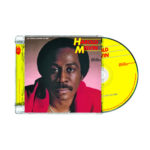 Harold Melvin And The Blue Notes – All Things Happen In Time

Harold Melvin And The Blue Notes – All Things Happen In Time, in 1981 originally released on MCA Records. Melvin was born June 25, 1939, in Philadelphia. A self-taught pianist, he began singing doo wop as a teenager with a group called the Charlemagnes, and put together the very first edition of the Blue Notes in 1954. The Blue Notes cut their first single, “If You Love Me,” in 1956, and scored R&B chart hits in 1960 with “My Hero” and again in 1965 with “Get Out (And Let Me Cry).” Numerous personnel shifts kept the group in flux despite steady recording activity, and Melvin kept assembling new versions of the Blue Notes. During the late ’60s, the group toured often with the Cadillacs, whose young drummer Teddy Pendergrass would prove to be Melvin’s greatest discovery.

Pendergrass first joined the Blue Notes’ backing band, but demonstrated so much vocal talent that Melvin soon elevated him to the post of lead singer. This move helped them land a deal with Gamble and Huff’s Philadelphia International label in 1972, just as the company was taking its place as soul music’s new epicentre. With Gamble and Huff now supplying top-quality material and production, Harold Melvin & the Blue Notes would become one of the most popular groups in R&B over the next few years.

They ran off a string of hits and topped the R&B charts with the classic ballad “If You Don’t Know Me By Now” (1972), “The Love I Lost” (1973),”Hope That We Can Be Together Soon” (1975), and “Wake Up Everybody” (also 1975). In 1976, Pendergrass left the Blue Notes for a solo career, which signalled the end of Melvin’s relationship with Philadelphia International. Melvin made several more albums of new material for several labels up through 1984. So also this album â€œAll things happen in timeâ€ which he made in 1981 for MCA Records.

Melvin continued to tour with versions of the Blue Notes steadily into the ’90s. Sadly, he suffered a stroke and never fully recovered; he passed away on March 24, 1997, in his beloved hometown of Philadelphia.

Harold Melvin And The Blue Notes – All Things Happen In Time