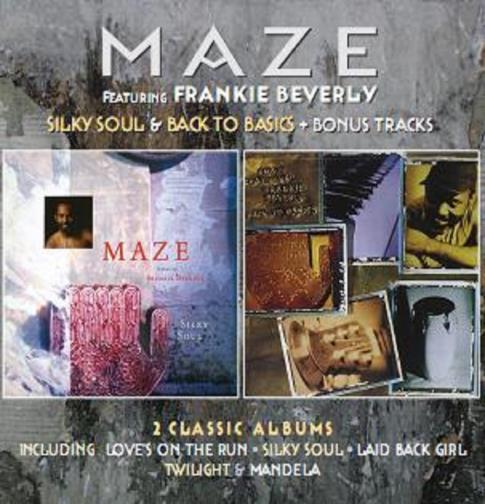 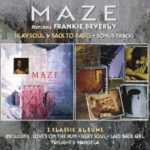 Maze Featuring Frankie Beverly are undoubtedly the masters of quiet storm and groove ballad and these two albums “Silky Soul” & Back To Basics” linked together for the very first time show why they were given that accolade.

“Silky Soul” and Back To Basics” were the only two albums Maze recorded for Warner Brothers after a very successful period at Capitol Records, and the last albums the band was to record.

“Silky Soul” went on to become one of their most successful albums topping the R&B album chart in 1989, and the lead single from the album ‘Can’t Get Over You’ also topped the R&B singles chart, and became their biggest selling single of all time, The albums theme was a tribute to Marvin Gaye who had discovered the band, and the second single from the album “Silky Soul” echoes Marvin’s ‘What’s Going On’ single. Other stand-out tracks are ‘Love’s On The Run’ and ‘Somebody Else’s Arms’.

“Back To Basics” was recorded four years after “Silky Soul” and featured the singles ‘Nobody Knows What You Feel Inside’ and ‘The Morning After’ but the standout track is the Instrumental ‘Twilight’ – a seven minute dance floor killer.

This package features six bonus tracks including the extended version of ‘Africa’, ‘Love’s On The Run’ Remix and ‘What Goes Up’ Smooth Mix.