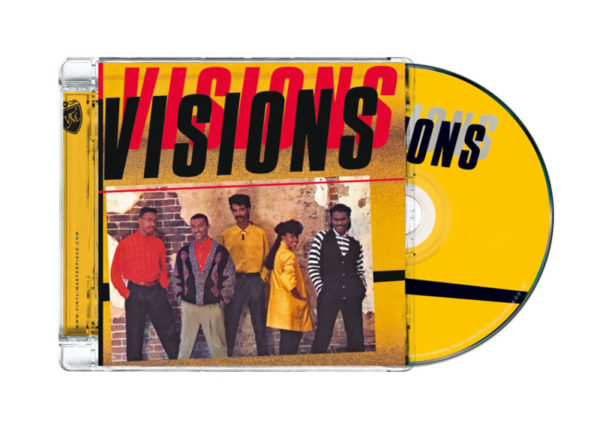 David Townsend and David Conley were the famous producers who produced this album of their band Visions. They were staff writers for EMI Music, and they wrote many hits for different artists like; Natalie Cole, Sister Sledge, New Edition and Jermaine Jackson. Townsend even was co-producer/co-writer for Marvin Gayeâ€™s “Letâ€™s Get It On”.

David Townsend and David Conley started a band with Bernard Jackson called Surface. They had very big hits with “Happy”, “Closer Than Friends”, “Shower Me With Your Love” and “The First Time” (also recorded for this album) which hit number 1 in the charts. Townsend and Conley wrote the song “Don’t Take It Personal” for Jermaine Jackson which also became a big success and hit the number 1 spot in the charts.

VISIONS only released one album in 1988 and became meanwhile very much in demand album under soul and funk music fans. From this album VISIONS released also two singles. The first single was ‘Hypnotized’ and the other single release was ‘It’s A Choice. On this album more versions of these songs are included as special bonus tracks.