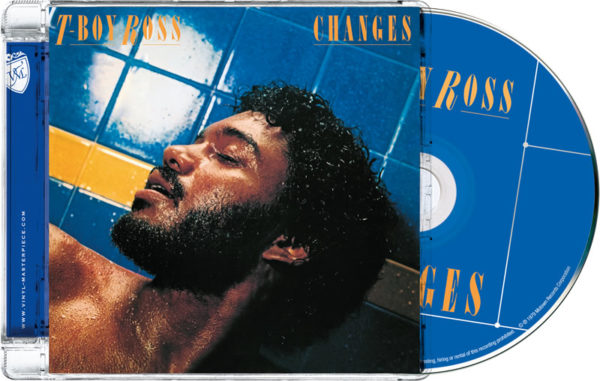 Arthur “T-Boy” Ross (January 1, 1949 – April 22, 1996) was a singer and songwriter most notable for his collaborations with Leon Ware and for being the younger brother of American R&B singer Diana Ross.

Born in Detroit, Michigan, Arthur hung around rougher sections of Detroit while his elder sister went on to fame as lead singer of The Supremes in the 1960s and later solo fame in 1970s. Around the time his sister had established herself, she recruited him to Motown as an appointed songwriter in 1972. Ross hooked up with songwriter Leon Ware and together the duo wrote hits for acts such as Michael Jackson, The Miracles and Marvin Gaye. Among the hits included “I Wanna Be Where You Are” and “I Want You”. His works with Leon Ware continues to be covered. “I Want You” has been covered by Robert Palmer, Madonna, Michael McDonald, and Diana Ross on I Love You.

Ross was considered hard to deal with when high on drugs and alcohol. His tough exterior made him a difficulty amongst the control booth and led to his fall out with Ware during an argument with Ware and Gaye during recording sessions for his I Want You album. Ross later left and in 1979 set on becoming a singer releasing his first album for Motown in 1979.

Despite help from artists like Joe Sample, Changes failed to generate success and Ross, fed up with the business, retired from music in the early 1980s where he lived in seclusion away from family members including his famous sister.

Changes meanwhile became a much sought album by Funk/Soul fans all around the world.

PTG Records now finally has remastered the album and made it available on CD.