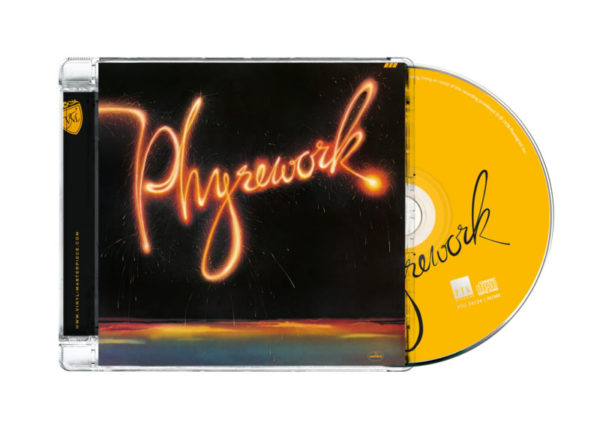 Phyrework is great lost soul/funk album from the late seventies, with a smooth sound that sounds a bit like a Wayne Henderson production, but which has a lot more soul than a lot of his other work from that time. Phyrework was an obscure, little-known soul/funk outfit that recorded for Mercury in 1978. Itâ€™s safe to say that 99 percent of the worldâ€™s R&B fans have never heard of Phyrework.

Mercury/PolyGram didnâ€™t give this LP a very aggressive promotional push, and as a result, most R&B fans at the time didnâ€™t even know that it existed. Produced by Con-Funk-Shun guitarist Michael Cooper, Phyrework is generally competent and didnâ€™t deserve to be ignored. Although Con-Funk-Shun was big at the time, Phyrework received hardly any attention.

The record contains a few examples of tough, hard, Bar-Kays-like funk, including â€œPut Your Hands Upâ€ and â€œMy Funkâ€. But most of the material favors a much smoother, lighter style of soul-pop. Think of the Average White Band performing â€œSoul Searchingâ€ or George Benson singing â€œGive Me the Nightâ€, and you will have an idea what type of sound Phyrework is going for on tunes like â€œFly Away,â€ â€œMake It Last,â€ and â€œDance With Me.â€

Perhaps now after more than 30 years this reissue of PTG Records finally gives Phyrework the attention from soul/funk fans worldwide which it deserves.