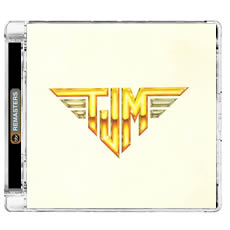 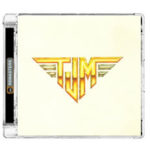 TJM better known simply as TOM MOULTON, the J standing for his middle name Jerome, became the key remixer of the disco era. Starting off by making longer versions of tracks that eventually led to the invention of the Disco break and the extended 12 Disco Single.

TOM MOULTON was born in 1940 in the town of Schenectady near Albany N.Y. and grew up listening to black music of the time falling in love with it so much he quit school to work in a record store. Tom held a sales and promotion positions at King Records, RCA and United Artists. TOM MOULTON was also responsible for the first ever continuous-mix album side which first appeared on Gloria Gaynor s seminal Disco album, Never Can Say Goodbye which led to him being labelled as the Father of the Disco Mix BBR is proud to present this classic reissue of TOM MOULTONâ€™s solo production album.

Recorded at the Legendary Sigma Sound Studios in Philadelphia, TOM MOULTON Sfirst production for Casablanca Records, TJM, reached #17 on the US Dance charts collectively and features former Temptation Ron Tyson on lead vocals and arrangements from the legendary Hip Hop producer Arthur Baker. BBR is proud to present TJM fully remastered and repackaged complete with extensive liner notes including a 2011 interview with Tom Moulton himself and expanded bonus material.