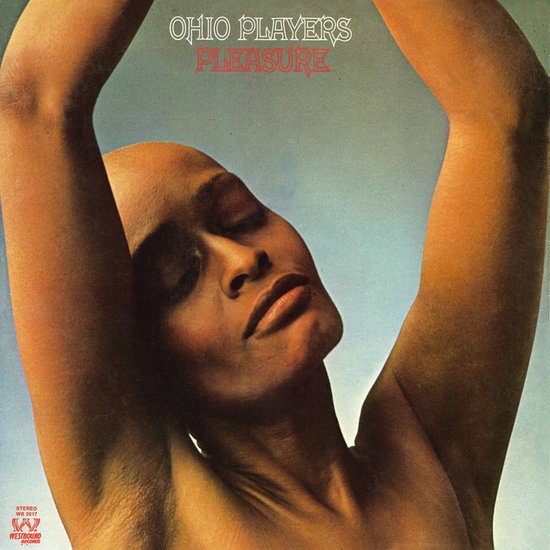 When the Ohio Players recorded their second Westbound album, Pleasure, in 1972, they weren’t as big as they would be from 1974-1976. But their popularity was growing — slowly but surely — and those who were hip to the band recognized it as one of the most cutting-edge acts in the funk field. A lot of bands were providing funk in 1972, but not many of them used jazz progressions as creatively as the Players used them on “Laid It,” “Walked Away from You,” and Pleasure’s title song. Those tracks are gems, and the Players are equally captivating on the sweet soul ballad “Varee Is Love.”

But the best known tune on the album is the goofy “Funky Worm,” which employed the Players’ amusing Granny character and was, in 1972, their biggest hit to date. Long after the band’s popularity faded, “Funky Worm” would live on in the ’80s and ’90s thanks to the various hip-hoppers who sampled its irresistible bassline. Like Pain in 1971, Pleasure had a kinky cover that generated some controversy — the same bald woman who brandished a bullwhip and wore dominatrix attire on the front cover of Pain was chained up on the cover of Pleasure. Some folks found the Players’ kinky LP covers intriguing, while others were shocked and offended. And the Players, having struggled in the ’60s, were happy to be noticed. But ultimately, it is the quality of the music — not the bondage-minded cover — that makes Pleasure a funk classic. [The 2007 reissue includes bonus tracks.]