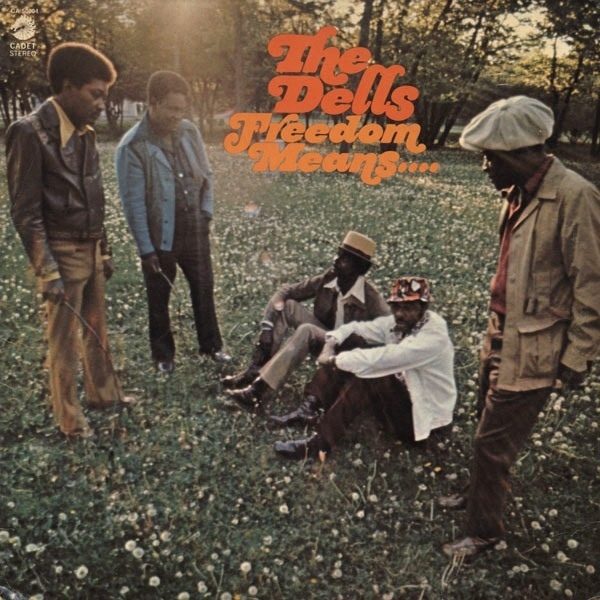 Caroline International (in association with SoulMusic Records) is proud to present the reissue of FREEDOM MEANS, the 1971 best-selling Cadet Records album by legendary and pioneering soul music group, The Dells marking its worldwide CD debut.

Originally created in 1952 as The El-Rays, the legendary group began their second tenure with famed Chicago-based label, Chess Records in 1966 enjoying hits with classics such as “O-o, I Love You,” “There Is,” “Wear It On Our Face,” re-recordings of previous hits, “Stay In My Corner” and “Oh What A Night” and the medley, “I Can Sing A Rainbow/Love Is Blue” over the next five years. FREEDOM MEANS marked a change in producers for The Dells from Bobby Miller to Charles Stepney, who had been involved as an arranger and conductor on previous recordings by The Dells and other artists at Chess. Stepney (who would go on to work with supergroup Earth, Wind & Fire in the mid-‘70s) brought in two emergent Chicago songwriters, Larry Wade and Terry Callier, an artist in his own right who would come to prominence many decades later: the pair wrote or contributed to six tracks including the US Top 10 R&B and Top 30 pop hit, “The Love We Had (Stays On My Mind),” now considered a timeless soul classic.