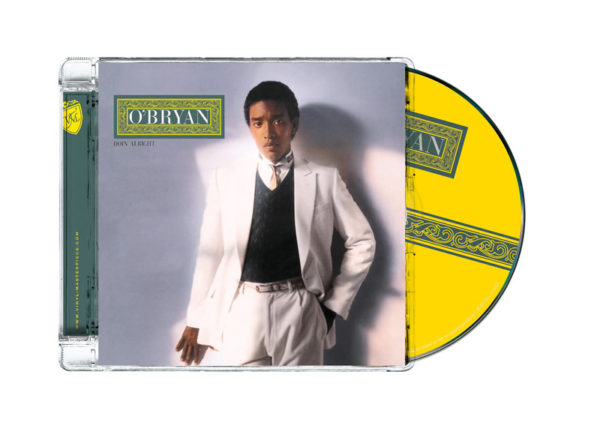 O’Bryan (5th Dec. 1961) recorded nine singles that made the R & B charts in the 1980’s, as well as four albums all for Capitol. He became involved in the music business after a female friend, in the choir that he sang in with, married Ron Kersey, who had worked in Philadelphia with groups like the Trammps in the 1970’s. Upon her recommendation, Ron Kersey got O’Bryan into a group he was forming. Unfortunately it quickly fell apart, but Kersey helped the singer connect with Soul Train impresario Don Cornelius, who helped O’Bryan land a deal with Capitol.

His debut album ‘Doin’ Alright’ became a rare groove, mainly due to the title track. “Doin’ Alright,” was released in April 1982 and peaked at No. 10 on the Billboard R&B Albums chart. The lead single, “The Gigolo,” was a slice of funk with new wave and rock elements that emphasized O’Bryan’s falsetto. Released in January, “The Gigolo” peaked at No. 5 on the Billboard R&B Singles charts.

The follow-up single was an updated cover of The Four Tops’ “Still Water (Love),” peaking at No. 23. Among the other standouts on O’Bryanâ€™s debut album we find the elegant ballad “Love Has Found Its Way” and the sentimental “Can’t Live Without Your Love.”