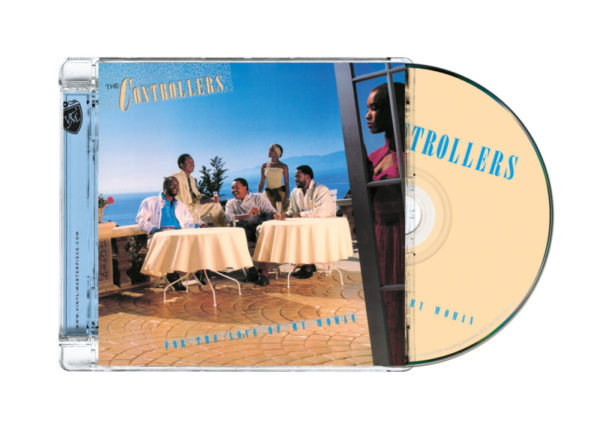 Controllers â€“ For The Love Of My Woman. The Controllers are an Soul/R&B band consisting of Reginald McArthur (baritone lead), Ricky Lewis (tenor lead), Larry McArthur and Leonard Brown. The Soul Controllers, as they were then called in the beginning, recorded their first single, called “Right On Brother, Right On”. It became a regional hit while they were still attending Fairfield High School.

In 1976, the group came to the attention of Juana Records, their first single on Juana charted, but with “Somebody’s Gotta Win, Somebody’s Gotta Lose”, really established them. The song, is a ballad lasting over eight minutes on the album, climbed to #8 on US Billboard R&B chart. A follow-up ballad, “Heaven Is Only A Step Away” climbed to #37 R&B, but despite the release of two more albums on Juana, the group failed to find another major single success.
In 1983, the group signed with a San Francisco based manager, the now late Jimmy Bee, and got them a recording contract with MCA Records. Their first release on MCA “Crushed” (which featured Stevie Wonder on harmonica) returned them to the charts, reaching #30 R&B, in 1984 and two years later, “Stay” climbed to #12. These hits led to a series of appearances on Soul Train and performances at the Radio City Music Hall and Carnegie Hall. During this time, the group also performed on MTV, BET’s Video Soul and on HBO.

On the album â€œFor The Love Of My Womanâ€ there is some marvellous deep soul and above-average up-tempo songs from the sorely overlooked Controllers. However MCA couldnâ€™t give The Controllers the promotion they deserved, therefore they did not score high on the charts, but the content they delivered was excellent. This album has some excellent love tunes, notably “My Secret Fantasy” and “Sleeping Alone” as their most popular songs.