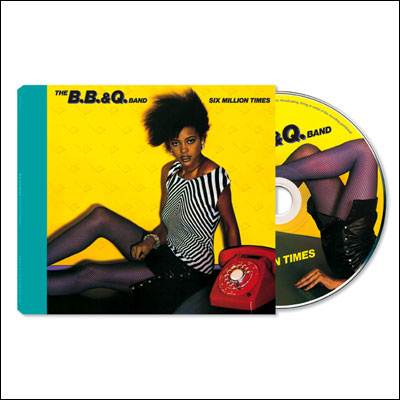 When the Guadeloupe born businessman Jacques Fred Petrus and his main musical producer Italian Mauro Malavasi in 1981 had a bunch of tracks ready for release they created a new band. They named it ‘The Brooklyn, Bronx and Queens band’, or B. B. & Q. band as they most often later on was called, after the three main areas in New York. The dynamic duo had earlier during the late 70s created and produced bands like Macho, Revanche, Peter Jacques band and foremost Change. In 1981 all these groups except Change were either gone or put aside at the expense of other and newer projects, and B. B. & Q. was on of them. Via New York guitarist Doc Powell net of contacts Petrus hired Paris Ford (called Peewee Ford on the debut record) on bass guitar and his ‘cats’ containing Abdul Wali Mohammed on guitar, Ike Floyd as lead singer, Dwayne Perdue on drums and Kevin Nance on keyboards to be the band…