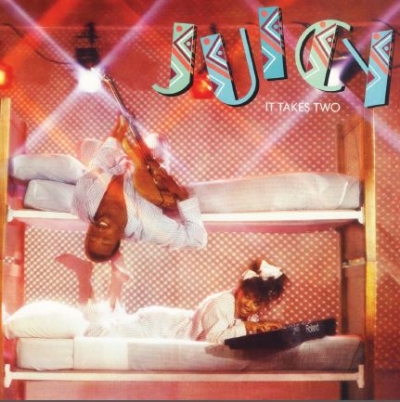 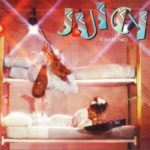 Juicy was the brother and sister duo of Jerry and Katreese Barnes who had a Top 20 R&B hit with “Sugar Free.” After having releases on Arista — Love’s a Merry-Go-Round (early 1983) — and Atlantic — Beat Street Strut from the movie Beat Street (summer 1984) — they signed with CBS-distributed Private I Records. After the singles — “Bad Boy, “It Takes Two — Juicy finally hit the big time with “Sugar Free.” “Sugar Free” sounded a lot like Mtume’s number one R&B gold single “Juicy Fruit.” It all added up to sweet success for the Barnes’, as “Sugar Free” went to number 13 R&B in early 1986. The duo had one other charting single, “Nobody but You, which hit number 59 R&B in spring of 1986 on the CBS associated label. Juicy had two charting LPs, Juicy (spring 1983) on Arista and It Takes Two (spring 1986) on Private I.

Jerry and Katreese Barnes’ second album as Juicy has a handful of spectacular songs that exemplify the heavily synthesized mid-’80s R&B sound. Though “Sugar Free,” a not-so-distant descendent of Mtume’s “Juicy,” was the only one to put a truly significant dent on the chart, the album is rather solid from front to back. Each of the eight songs is directed at a “you,” with Katreese’s vocal turns coming out ahead of her brother’s. Eumir Deodato’s sensitive production is bright and pliable, full of echo-y machine beats, zipping synthesizers, and all sorts of sparkly effects.