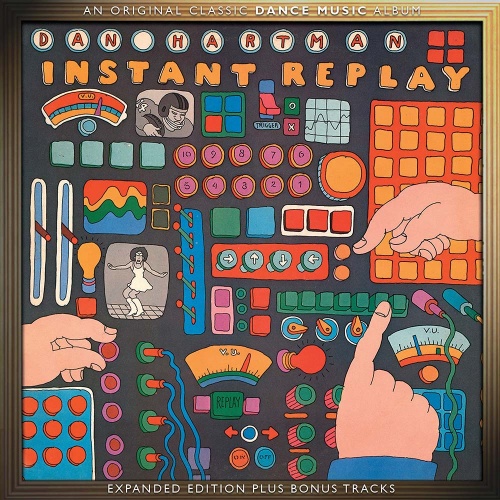 Soulmusic Records is proud to present an expanded edition of “Instant Replay”, the best-selling 1978 album by multi-faceted music man Dan Hartman. In addition to the original album, this reissue includes four bonus tracks consisting of both sides of two U.S. 12” singles. Previously a singer and musician with the rock outfit, the Edgar Winter Group, Dan began his solo journey as a recording artist in 1976; when his debut LP didn’t enjoy sales success, Dan switched his focus to the world of dance music at a time when disco was emerging as a dominant musical genre globally.

The single ‘Instant Replay’ received an instant response on the U.S. pop and R&B charts as well as becoming a hit record throughout Europe and beyond. Tracks from the LP (released just a few months later in 1978) such as the medley of ‘Countdown’ / ‘This is it’ and the title track topped Billboard’s dance music/club play chart. The entire LP was written and produced by Dan (who passed away in 1994) and recorded at his home studios in Connecticut and mixed by the legendary Tom Moulton, the pioneer of dance music/disco remixes who contributed at length to this 2016 reissue’s notes, penned by renowned U.S. writer, Justin Kantor; great remastering by Donald Cleveland on this exciting release that includes – for the first time on CD – the two sides of the single ‘This Is It’ and ‘Countdown’.
*