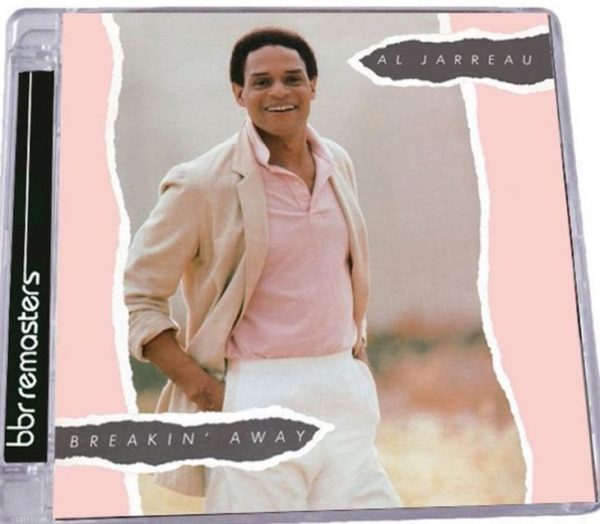 In a career spanning five decades, Al Jarreau has maintained a prolific presence from the emergence of jazz-fusion in the mid-1970s to the sound of L.A. pop and R&B which would flourish throughout the 1980s.. From 1975, Jarreau’s career was a critical and commercial success beginning with nine studio albums released via Warner Bros.

1981s BREAKIN’ AWAY was Jarreau’s fifth release for Warner Bros. and his biggest commercial success. Whilst Jarreau began crossing over from jazz to L.A. pop/R&B with his previous effort (1980’s THIS TIME), BREAKIN’ AWAY completes that journey wonderfully.

First single ‘We’re In This Love Together’ (Pop #15 AC #6 R&B #6) pleasantly cements this while the title track (Pop #43, AC #30, R&B #25) is the breeziest groove on the set. The final single ‘Teach Me Tonight’ (#70 pop, #19 AC, #51 R&B) boasts a gorgeous, wistful arrangement whilst other highlights abound in tracks like ‘Roof Garden’ and ‘(Round, Round, Round) Blue Rondo A La Turk’ which playfully hearken back to Jarreau’s inimitable early work. The latter work rightfully earned Jarreau a Grammy for Best Male Jazz Vocal Performance as well one for Best Male Vocal Performance for the overall record.

Also included in this first ever expanded edition are three live duets with Randy Crawford, recorded at the Montreux Jazz festival in 1981, a rare soundtrack only recording and a 12” extended mix of ’Closer To Your Love,’ the second UK single release which followed the double A side hit ‘We’re In This Love Together’/’Easy.’
BBR is thrilled to release BREAKIN’ AWAY in a newly remastered and repackaged edition with five bonus track and a brand new interview with Al Jarreau.