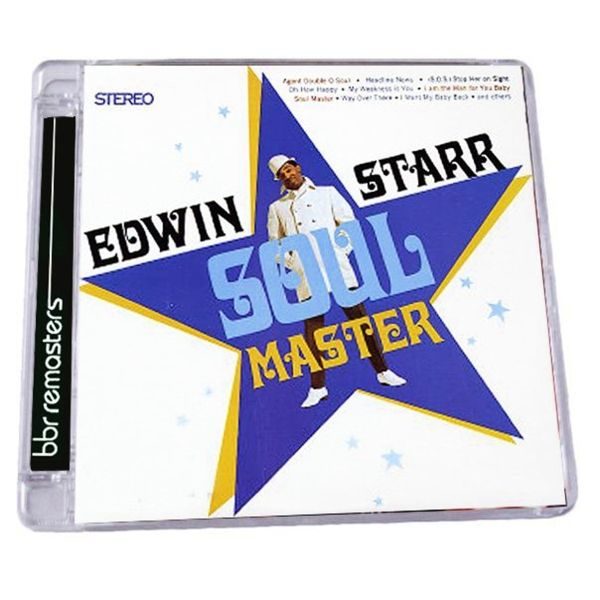 EDWIN STARR hailed from Nashville, Tennessee and is best remembered for his rasping Vietnam protest song ‘War’ from 1970.After a stint as vocalist for Bill Doggett’s touring band Starr was able to secure a solo recording deal with Detroit’s Ric-Tic Records in 1965 and immediately gained chart success with his self- penned hit ‘Agent Double-O-Soul’ (R&B #8/Pop #21). More Ric-Tic hits followed before Berry Gordy bought out Starr’s contract in 1967 and took him and his music to the fabled Motown imprint, making the James Brown and Stax influenced singer the rawest vocalist on the celebrated label.

SOUL MASTER delivers the classic 60’s Motown styles with mid to up-tempo songs either swinging, shuffling or stomping their way to a rapid and satisfying conclusion (only one track is over three minutes). On this Motown record however, Starr’s rough-hewn vocal chops interpreting lyrics by Motown greats Smokey Robinson and Norman Whitfield among others, add punch and weight to the recordings, unlike some of the more successful Motown artists who took a softer approach.

Included as bonus tracks on this release are many of the singles and b-sides, recorded both with Ric-Tic and Motown, that Starr released from ’65 to ’67 that were not included on his debut release. These include 1966’s ‘Back Street’ (R&B #33), ‘It’s My Turn Now’ and ‘You’re My Mellow.’
*