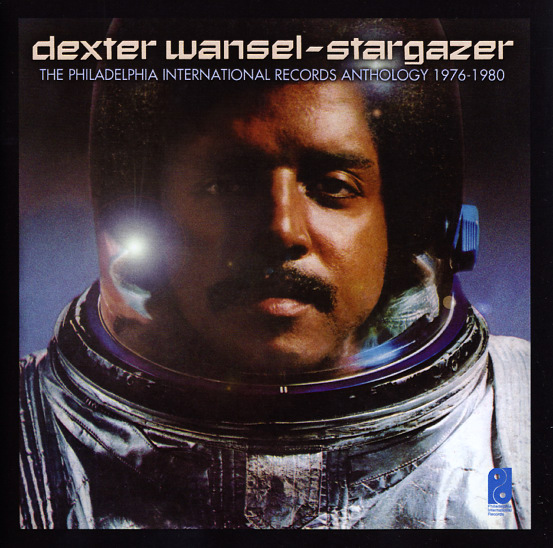 Dexter Wansel has long been respected as a songwriter,producer, arranger and musician in equal measure, in large part due to his long and impressive list of credits with the legendary Philadelphia International Record Label (among others) having played a pivotal role in developing “The Philly Sound” through the 1970’s. He has worked with and written hit songs for the likes of The Jacksons, MFSB, Teddy Pendergrass, The Jones Girls and Jean Carn.

This comprehensive compilation includes every track Wansel recorded for PIR as a solo artist between 1976 and 1979 that featured on his 4 jazz-funk oriented albums for the label. Life On Mars (R&B #44), What The World Is Coming To (R&B #45), Voyager (R&B #37) and Time Is Slipping Away (R&B #58) allowed Wansel to show his myriad talents to the fullest and explore his deep interest in the cosmos.

From the jazz/funk of classic tracks such as LIFE ON MARS, (R&B #91) and VOYAGER through the honeyed soul of THE SWEETEST PAIN, (R&B #40) TIME IS SLIPPINGAWAY and HOLDIN’ ON, and dance floor gold I’LL NEVER FORGET (MY FAVOURITE DISCO, and DANCE WITH ME TONIGHT, alongside the R&B hits SOLUTIONS (R&B #87)and” IT’S BEEN COOL (R&B #91) Wansel’s PIR output effortlessly blends together and shows off the incredible depth of his song-writing and musicianship. Expertly assisted by a plethora of Philly talent such as The Jones Girls, Herb Smith, Stanley Clarke, Cynthia Biggs, Jean

Carn and Terri Wells among many others, Wansel’s legacy at PIR is firmly assured. BBR is proud to release DEXTER WANSEL – STARGAZER: THE PHILADELPHIA INTERNATIONAL RECORDS ANTHOLOGY (1976-1980). Presented in a deluxe super jewel case this double CD compilation includesextensive liner notes including new interviews with Dexter Wansel and many of the contributing artists.