Steven and Sterling – One Magic Night 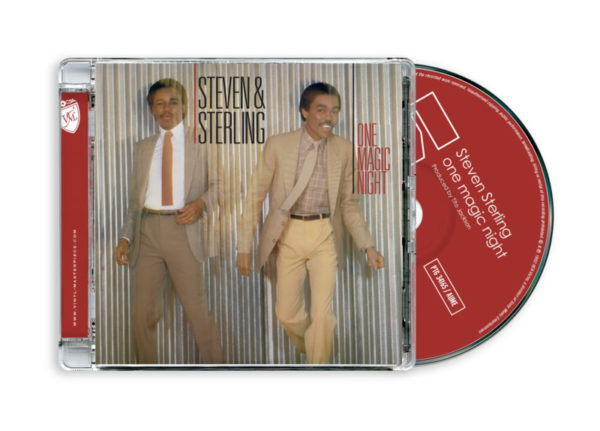 Steven and Sterling – One Magic Night

Steven and Sterling are a funk/soul act consisting of the two brothers Steven and Sterling Rice. They had a short career in the funk/soul trio Livin: Proof before they were discovered by Tito Jackson (brother of Michael and member of Jackson 5) who helped them to sign a deal with RCA Records.

Tito Jackson wrote and co-wrote most of the songs and was also responsible for the production of their successful debut album titled One Magic Night released in 1982. A number of very successful musicians participated in the recordings like Michael McKinney, one of the bass players of Michael Jackson, Kevin”Kipper”Jones songwriter of Vanessa Williams and member of the venerable R&B/funk outfit Tease.

As backing vocalists participated Tito and Jermaine Jackson as well as Cheryl Lynn (from the hit record Got to be real) and Jim Gilstrap. RCA/Victor released three singles from their album: “I:m in love with you”, “Who is Jody” and their most successful single to date “Can be with you tonight”.

Unfortunately after their debut album we did not hear anymore from this talented duo. However the album is since long on the wantlist of many 80:s soul and funk fans so a good opportunity for PTG Records to re-issue this highly in demand album on CD.