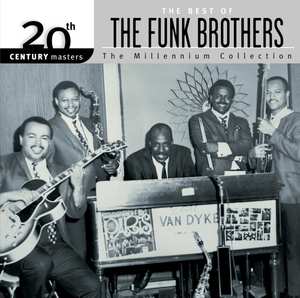 What these 12 cuts reveal — all of them backing tracks, some with overlaid backing vocals — is what the Motown singers had as a foundation for their ingenious singing. From “The Way You Do the Things You Do” to “Come See About Me” to “How Sweet It Is (To Be Loved By You)” to “I Can’t Help Myself (Sugar Pie, Honey Bunch)” to the instrumental version of “What’s Goin’ On” to “Papa Was a Rolling Stone” and all points in between, this music is singular, superb, and off the scale. A couple of these tracks have been issued before as breakbeat cuts for DJs, and another pair are on the Motown Story compilation, but for the most part, these familiar songs have never been heard in this form, as they were, fully formed and smoking with groove luster before the singers added the final kiss to grace them for the mass public.

Given that this is budget-priced, there is no excuse whatsoever to pass on this collection unless you have sawdust for blood in your veins or hate soul music — which means you don’t like music at all and this is essentially the equivalent. And who knows, if it sells, perhaps there is at least another volume or someone with enough vision and fire in his or her belly at Motown to produce the only thing that could eclipse this: a box set. If Booker T. got one, then the Funk Brothers deserve the same treatment by history.