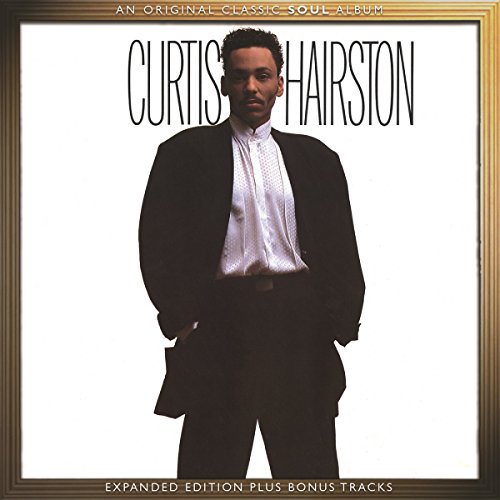 SoulMusic Records is proud to reissue the self-titled, one and only album recorded by the supremely gifted singer-songwriter (1961-1996), Curtis Hairston. This long-overdue reissue of Curtis’s 1986 Atlantic LP contains both the original and extended mixes of his singles (and fan favorites) ‘Chillin’ Out’, ‘(You’re My) Shining Star’, ‘Let’s Make Love Tonight’, ‘The Morning After’ and ‘Take Charge’. The Winston-Salem, North Carolina native, who studied at Juilliard, first rose to prominence in the mid-’80s, achieving chart success in the UK including the Top 20 hit, ‘I Want Your Lovin’ (Just A Little Bit)’ and scoring a No. 1 UK dance hit with the B.B. & Q. Band via ‘Dreamer’.

In 1986, Curtis (who passed away in 1996 at the age of 34 from kidney failure) signed with Atlantic. CURTIS HAIRSTON spawned the UK hit, ‘Chillin’ Out’ and US R&B charted single, ‘(You’re My) Shining Star,’ and included a number of songs co-written by the legendary Nona Hendryx (of Labelle fame).This expanded edition, remastered by Donald Cleveland, includes liner notes by renowned U.S. journalist Justin Kantor, with quotes from Hendryx as well as archival interviews with Curtis.

8. LET ME CHANGE YOUR MIND

13. THE MORNING AFTER (Extended Remix)