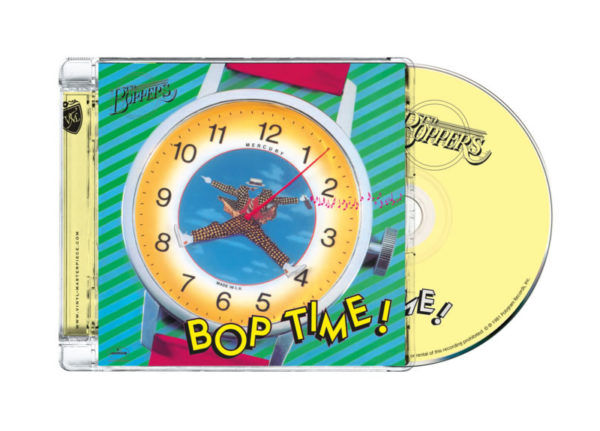 Augie Johnson a member of Side Effect formed the Boppers in the mid seventies in Los Angeles. At first they were touring as opening act for bigger more well known acts, such as The O’ Jays, The Ohio Players, Cameo, The Brothers Johnson, The Gap Band, Kool And The Gang and so many others of the old school artists. They signed their first record deal with Fantasy Records.

The Boppers, consisting of Robert Griffin, Kenny Davis, Ed Riddick, Ed Luna, and Vance Tenort cut their own Fantasy album entitled The Boppers in 1978. Shortly thereafter the contract was bought out by Polygram Records. The lineup also went through some changes and now consisted of Tenort (lead), Gerry Davis, Riddick, Kenny Styles, Michael Stanton, Stan Martin, andAugie Johnson and they changed their name to L.A. Boppers. An album was immediately recorded and released on the Polygram label. The album rendered a top ten hit entitled, ‘Is This The Beat (Bop Doo Wah)’. The song received consistent airplay with regular rotation on many stations and reached the R&B Top 30.

Subsequent releases, the jazzy ‘Watching Life’ and ‘Be-Bop Dancer’ were unfortunately less succesfull. Two albums followed titled ‘Bop Time’ (1981) featuring a cover version of the Delfonics ‘La la means I love you’ and a final album on MCA Records ‘Make Mine Bop’ in 1982 (also released on our re-issue label PTG Records). Allthough the singles from these albums receved fairly good airplay they did not reach the single charts. Disappointed they left MCA but Soul/funk/jazz fans worldwide now trumpet their unheralded album cuts like ‘Give Me Some’ from the album Bop Time and ‘Funk it out’. But over the years their music is still highly in demand by Soul/funk/jazz fans worldwide.