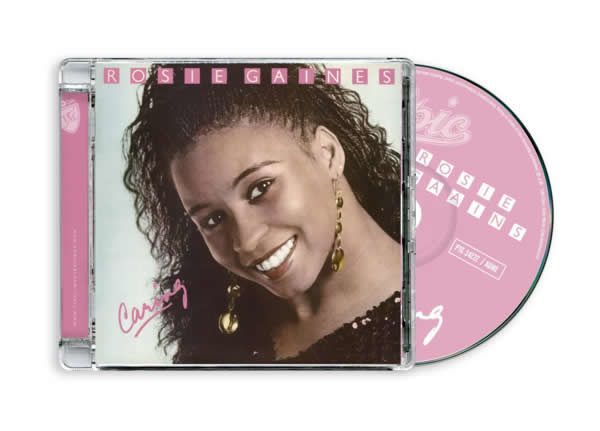 Born in Pittsburgh, Rosie Gaines was the youngest of 10 children. Her first band was a family funk soul group called Unity. The group featured Rosie on organ, her brother Carl on bass, her cousin Lacy on guitar, sister-in-law Dianne on background vocals and her sister Mal on drums. Rosie later sang lead vocals with the San Francisco-based group Flash before signing to Epic as a solo artist in 1985. Here she released ‘Caring’, including the singles ‘Wake Up’ and ‘Good Times’, followed in 1987 by the Patrick Moten penned/produced single ‘Crazy’. This single was later withdrawn while her second album for Epic, entitled ‘No Sweeter Love’, was shelved.

As a songwriter she co-wrote ‘You’ on the Curtis Ohlson album ‘So Fast’, on which she also sang the title cut (1987). A second Curtis Ohlson album, entitled ‘Better Than Ever’, enjoyed Rosie Gaines attention with her excellent vocals outstanding on ‘A Thousand Years’.