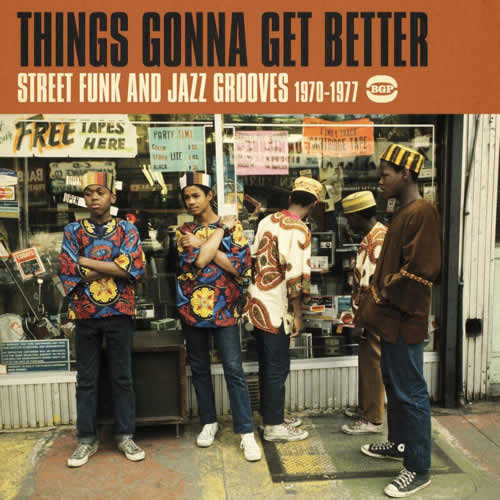 Civil rights and riots, afros and Watergate. Jazz and funk adapt to the realities of the 1970s. This is an exciting glimpse into the world of black American funk, jazz and soul from the early 70s. The music has a political agenda, even when it isn’t overtly preaching a message. Recorded after the 60s dream had ended, during the era of Watergate, the oil crisis and a financial crash, there is a schizophrenic edge to the music here.

There are tracks about trying to get things right, but also about partying as a way to forget. “Things Gonna Get Better” examines what was going on in the margins. Independent producers, small labels and the remaining jazz independents released music that mattered, sometimes commenting on the world around them, while others created a soundtrack with which to dance away the real world troubles. We have music from established names such as Funkadelic and the Fatback Band (masquerading as Macho), collectable 45s from Billy Sha-Rae, Chet Ivey and Idris Muhammad, and established floor-fillers by Oliver Sain and Lonnie Liston Smith. We also present previously unheard masters by Ruby Delicious, Dave Hamilton and Clarence Coulter (the man behind the rare 45 by Prophet & the Disciples). All in all, 20 tracks of vibrant funk, soul and jazz that will keep any party going.