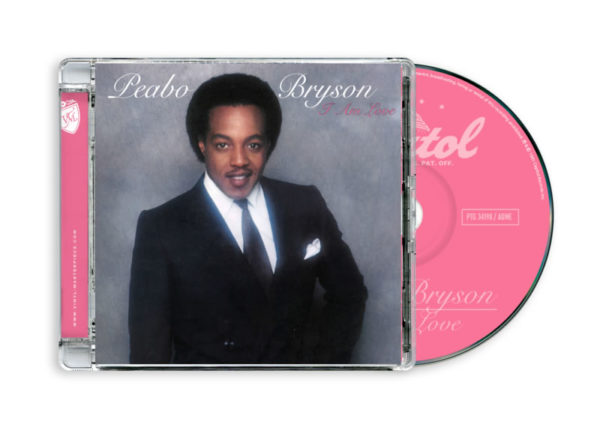 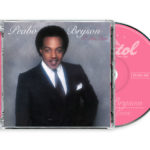 I Am Love is the seventh studio album by American recording artist Peabo Bryson, released in 1981 under Capitol Records. Peabo released over the years 20 albums mainly on Capitol and Elektra. Among these there were three whole duet albums (two with Roberta Flack and one with Natalie Cole). He also made a lot of other duets with artists like Chaka Khan, Melissa Manchester, Minnie Riperton, Linda Eder, Debbie Gibson, Regina Belle, Celine Dion.

On the album I am Love, Peabo Bryson still retains some of the appeal that made him a favorite among R&B lovers. The album opens with the title track, a strong soul ballad, it hooks you immediately. Itâ€™s comforting, the moody chord changes are pleasantly engaging. Bryson’s pleading vocals are convincing, even in their mournful tone. This song was not a single release, but it did receive good radio airplay and remains a Quiet Storm standard.

There were two featured singles: “Let The Feeling Flow” and “There’s No Guarantee” both are moderately paced ballads with a commercial feel; the former is a more dynamic song. While Bryson’s lead vocals roar throughout the body of the song, his background vocalist Terry Dukes stands just as tall in the vamp, where the two exchange vocal ad libs. â€œLet The Feeling Flowâ€ became Peaboâ€™s highest charting pop single; it peaked at number six on the Billboard R&B charts after 20 weeks and reached 42 on the Billboard Pop singles charts. “There’s No Guarantee” fell 30 positions short of its predecessor at #36 after nine weeks on the R&B charts. While the song “Impossible” conveys a pop texture during its inception, it slowly transcends into a spirited R&B number with much gospel influence. “I Am Love” peaked to #40 on the Billboard Top Pop Albums, earning his second top 40 pop album following 1979’s “Crosswinds” (at #35).

Other re-issue albums of Peabo Bryson available on PTG Records are: Paradise and Donâ€™t play with fire