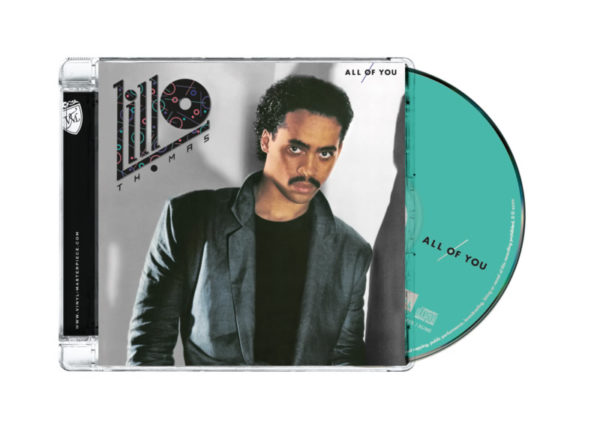 Lillo landed a solo recording deal at Capitol Records via his session singing with Evelyn King, Kashif, Howard Johnson, James Ingram, George Benson and Melba Moore (for whom he wrote ‘Mind Up Tonight’).

His debut album ‘Let Me Be Yours’, in 1983, included ‘(You’re A) Good Girl’ and ‘Trust Me’ as well as his own take on the Temptations classic ‘Just My Imagination (Running Away With Me)’. ‘All Of You’ followed, in 1984, from which ‘Settle Down’ was a European hit in 1985. The album, also featured the track ‘I Like Your Style’ which received heavy airplay on the better soul stations. The same year he recorded with Melba Moore on ‘When You Love Me Like This’.

Lillo then toured with comedian Eddie Murphy in 1985. Lillo’s biggest solo success came in 1987, when ‘Sexy Girl’ hit the UK Top 25 from the album ‘Lillo’ (which also included the UK Top 60 hit ‘I’m In Love’). Outside of his music and sports career Lillo has a talent for drawing. At a Manhattan exhibition, one of his drawings caused controversy as it depicted a guy melting away while sitting on a chair.

He called it ‘Beginning Of The End’ and wouldn’t sell it when offered $500. He also once played himself in ‘Champaign’, a Brazilian soap opera, during which he sang ‘Just My Imagination’. Lillo Thomas collaborated with Paul Laurence on songs recorded by Freddie Jackson and Melba Moore.