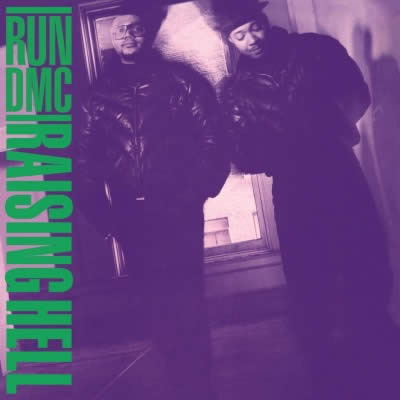 Musically it indeed raises hell, being crammed to the brim with hard-hitting hooks, loops, samples, scratches, inventive tong-twisting braggadocio and catchy choruses. Too many classics on this one: “Peter Piper” with the massive Bob James bell drum sample, “It’s Tricky” (putting The Knack’s “My Sharona” sample to extremely good use) and the song that popularized a certain brand of shoes in the Hip Hop community, “My Adidas”.

However the album’s flag bearer is undoubtedly “Walk This Way” which literally rendered Aerosmith’s original version obsolete. Viewing from an eighties Hip Hop perspective, the collaboration with Aerosmith seemed rather unusual to say the least, but at the same time it proved that Hip Hop and Rock are merely next door neighbours. The album’s timeless quality surfaces in its ability to bring together masses of fans of both genres.