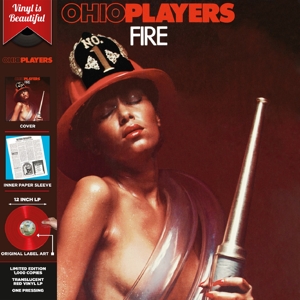 Fire is the sixth studio album by the Ohio Players. Releases in 1974, the album’s lead single “Fire” was serving in the mid-2010s as the theme song to the US television series Hell’s Kitchen. Fire topped both the Billboard Pop Albums chart and the Billboard R&B Albums chart in early 1975. This is the first reissue in vinyl since his original release date in 1974!