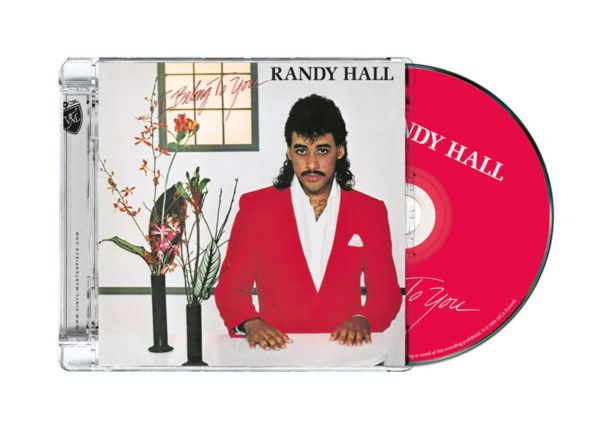 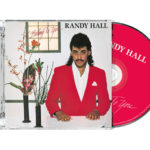 Randy Hall – Belong To You

Randy Hall is a singer, guitarist, producer, who grew up in Chicago. His first instrument was the piano, but at thirteen, he switched to guitar. Hall adopted a playing technique similar to Wes Montgomery, whereby the thumb is used as a pick. At the age of sixteen Randy Hall starts playing with Vince Wilburn (a nephew of Miles Davis) and the two friends joined a local band called Time, Space and Distance. The two young musicians soon gained a reputation around Chicago and they did session work for local groups, including The Dells. In 1975, Hall went off to study music at the Berklee College of Music in Boston.

When Hall returned to Chicago, he joined a new band called Data, which included Wilburn, bassist Richard Patterson, keyboardist Robert Irving III and saxophonist Glenn Burris. All of these musicians would later form Miles connections, with Patterson becoming the last bassist in a Miles Davis band and the others working on Milesâ€™s comeback album, The Man With The Horn. Irving and Wilburn would also join Milesâ€™s band in the 1980s. And there were even more remarkable Miles connections with this group of young Chicagoan musicians. Hall, Irving and Wilburn would jam with other local musicians, including bassist Darryl Jones (who joined Milesâ€™s band in 1983) and guitarist Jean-Paul Bourelly, who played on the Amandla album. In 1979, Data disbanded and a new band was formed, AL7, which included Hall, Wilburn, Irving, Burris, bassist Felton Crews (who also joined Milesâ€™s band) and Hallâ€™s sister Saundra, as a vocalist.

The release of The Man With The Horn gave Hall a lot of exposure and as a result of his singing on the title track, he was invited to join the soul/funk band Pleasure (also on PTG Records). Even so, Hall kept in touch with Miles and every so often, he would be asked by Miles to compose some songs.

After leaving Pleasure, Hall carved out a successful career as an artist/producer and in 1984, he released his solo album, â€œI Belong to Youâ€, produced by Ray Parker Jr (of â€œRaydioâ€ and â€œGhostbustersâ€ fame). The album included contributions from Irving, Wilburn, Crews and Burris. On â€œI belong To Youâ€ the multi talented Randy Hall sings and plays lead-, rhythm-, bass guitars and keyboards. The most surprising thing about the album is that Ray Parker Jr. has no writing credits on the album, yet Parkerâ€™s influence is heard all over this album especially in the arrangements. Songs like â€œA Gentlemanâ€ and â€œMr Telephoneâ€ sounds like as they were written by Parker. â€œFeel my eyesâ€ sounds like a version of â€œI donâ€™t think that woman should sleeps aloneâ€ a song of Ray Parker released in the late 80â€™s. However the heavy influence of Ray Parkers hit record â€œRaydioâ€ sounds on this record notwithstanding Hallâ€™s strong songwriting particularly on the opening song â€œIâ€™ve been watching you (Jamieâ€™s girl)â€ his biggest hit to date. Hall has a great voice his singing reminds you of other great singers in the 80â€™s like Michael Jackson, Prince, Michael MacDonald and not to forget Ray Parker himself.

â€œI belong to youâ€ is a respectable record from a musician who seems to embody everything the mid 80â€™s were about, even down to the look, lighter skinned, perfectly maintained mustache and a vocal range reaching into falsetto and a record produced by one of the hottest producers of that time Pay Parker jr.

All in all a perfect record for PTG Records to re-master and re-issue on the popular re-issue label PTG.

Randy Hall – Belong To You