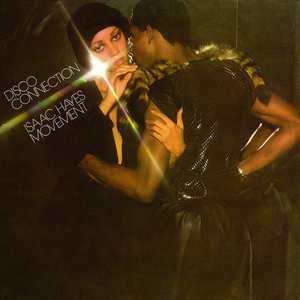 To put the album Disco Connection by the Isaac Hayes Movement in some perspective: it arrived in 1975, two years removed from the big hit single “Joy,” and the same year Hayes released Chocolate Chip, a disco-leaning album that had spawned an R&B hit in its title track. Disco Connection isn’t a Hayes album per se — it’s a record credited to his backing band — but he wrote, produced, and arranged the whole thing, so it’s unquestionably his work, with the “Movement” distinguishing it from his solo records, which are peppered with his intermittent vocals.

This makes Disco Connection a purer mood record and its mood is, as its title so clearly suggests, one of a satin-draped party that lasts deep into the night. Generally, the titles give a good indication of what lies within — “Disco Shuffle” is a disco shuffle, “Choppers” is fueled by circling wah-wah guitars, “Aruba” has a vague beach feel — but it’s all tied together by a sensibility that’s part deep Southern soul, part prime-time TV. The former gives Disco Connection funk, but the kitsch of the latter is undoubtedly part of the reason the album has an enduring appeal.