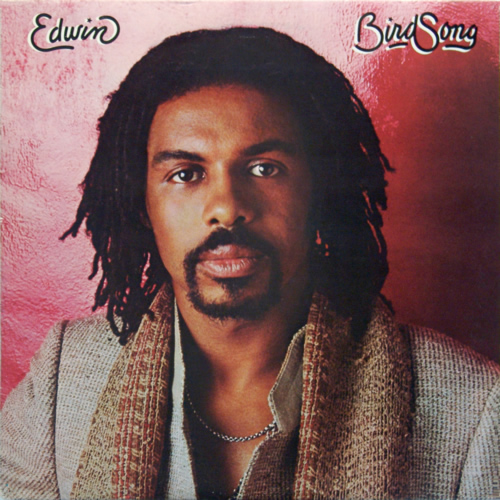 Edwin Birdsong’s critically acclaimed and respected musical career started in the late 60’s, however he didn’t see chart success until the early 1980’s with Salsoul Records. In his formative years the L.A. native rubbed shoulders with the likes of Merry Clayton and Billy Preston in the L.A. Community Choir before a stint in the army which led him to performing with his first bands in Germany. Returning to the States as an accomplished keyboardist Birdsong studied composition at the Manhattan School of Music and Julliard before recording two experimental jazz-funk-rock fusion albums for Polydor and a further album for Bam-Boo Records in the 70’s. This brought him to the attention of P.I.R with whom he released this eponymously titled disco/funk album in 1979. The quirky unorthodox funk of opener ‘Cola Bottle Baby’ willbe familiar to most, even if it’s in the guise of Daft Punk’s ‘Harder, Better, Faster, Stronger’ who lifted big chunks of the track to create their 2001 worldwide hit. Second track and single ‘Phiss-Phizz’ is a throbbing funk-rock affair that goes in to P-Funk territory and continues the carbonated drinks theme of the previous track. The first track to be released as a single was the serious disco-funk bomb ‘Kunta Dance’ which calls for universal unity and understanding and was no doubt inspired by the acclaimed 70’s TV series Roots.

The last single release was ‘Lollipop’, another dance floor scorcher with an insatiable groove, but unfortunately none of the singles charted for Birdsong amongst the slew of disco tinged releases that year. The heavy, experimental space-funk of ‘Goldmine’ and the full-on, high tempo tribute to dancers all across the United States of ‘Freaky Deaky Sities’ keep the dance floor momentum going before the Roy Ayers-esque ‘Autumn Eyes’ (with whom Birdsong co-wrote ‘Running Away’ as part of their long standing collaborative friendship) and a more relaxed piano-led, shorter version of ‘Lollipop’ closes the set.
*