T-Connection – Take It To The Limit (CD) 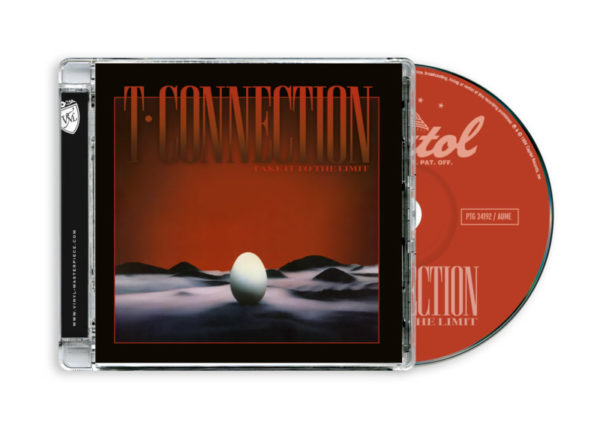 T-Connection – Take It To The Limit (CD)

Tracklist: T-Connection – Take It To The Limit

T-Connection was one of those groups during the late ’70s and early ’80s that blurred the line between funk and disco. Unlike virtually all of their peers, they were from the Bahamas; led by vocalist, guitarist, and keyboardist Theophilus “T” Coakley. T-Connection’s membership was fleshed out by Kirkwood Coakley (bass, drums), David Mackey (guitars), and Anthony Flowers (drums, percussion). Shortly after the group’s 1975 inception, they decided to relocate to Miami, FL and ended up signing with Dash, a label of Miami’s T.K. Disco.

The group’s affiliation with that label spawned four albums released between 1977-1979; “Do What You Wanna Do,” released in 1977, would become the most popular highlight of their career, reaching number one on Billboard’s Disco Singles chart and also registering at number 15 on the R&B chart.

Once their time with T.K. was up, they signed with Capitol and headed north to New York. Four more albums steeped in synthesized funk followed for the group until they opted to stop. T CONNECTION released in total Eight albums from 1977 till 1984. The first album T-CONNECTION released in the seventies is ‘Magic’ on TK Records. Other albums that T-CONNECTION recorded are ‘Everything Is Cool’, ‘Pure & Natural’, ‘Take It To The Limit’.