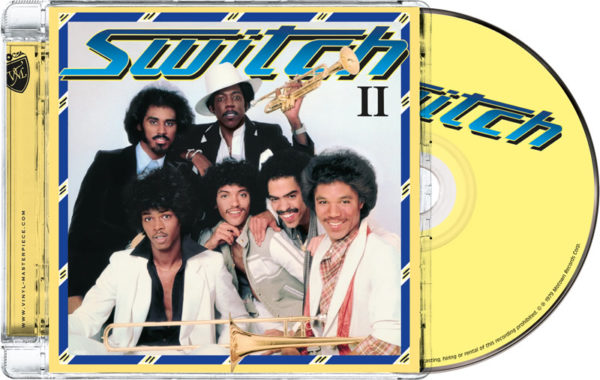 Switch II is the second album from the R&B group, Switch, released in 1979. Included on the album is one of the band’s biggest and most often-sampled hits, “I Call Your Name”.

SWITCH members are Bobby Debarge, Giles. Attala Zane, Phillip Ingram. SWITCH released Six albums from 1978 till 1984. The first album SWITCH released in the seventies is ‘Switch’ on GORDY Records. Other albums that SWITCH recorded are ‘Am I Still Your Boyfriend?’, ‘Reaching For Tomorrow’, ‘Switch II’, ‘Switch V’.

Though they never did manage to cross over into the pop singles chart, they were a consistent presence on the R&B charts through the late 1970s with albums such as Switch II from 1979 (their second release), This Is My Dream and Reaching For Tomorrow in 1980. Their final release on Gordy was Switch V which was released in 1981. Other than “There’ll Never Be”, songs such as “I Call Your Name” and “Best