View cart “Kool & The Gang – The Universal Masters Collection (CD)” has been added to your cart. 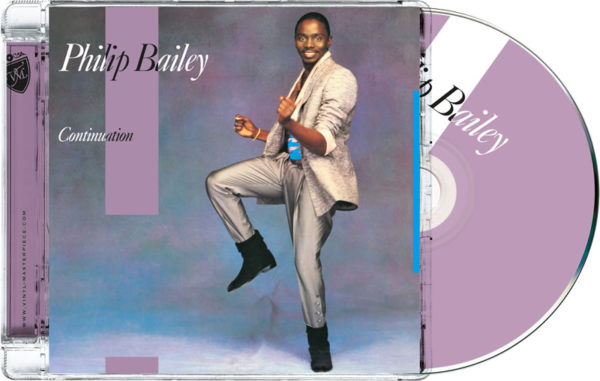 â€œContinuationâ€ is the first solo album which Earth Wind & Fire vocalist Philip Bailey made in 1983 for CBS. After the release of the album Electric Universe, EW&F took a break so Bailey had time to work on his solo career. The album was produced by George Duke and it features musical contributions from crÃ¨me de la crÃ¨me musicians such as Nathan East on bass, James Gadson and Ricky Lawson on Drums and Paulinho da Costa on percussion. George Duke himself plays the keyboards and the horn arrangements are from Jerry Hey & the Seawind horn selection.

The background vocals are by Philip Bailey and George Duke and on â€œItâ€™s our timeâ€ Jeffrey Osborne is featured. The famous Sister Sledge is contributing on â€œDesireâ€.

We can hear Bailey singing in his natural tenor instead of the falsetto he used to sing with Earth, Wind & Fire. The title â€œI knowâ€ received reasonable good air- and club play but for the most part the record was ignored. Vaya (Go with love) is the best ballad on the album. Other strong melodies are â€œThe good guyâ€™s supposed to get the girlâ€ and â€œYour boyfriendâ€™s back.