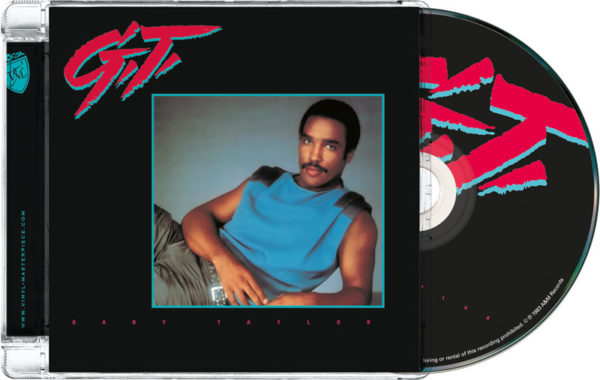 Gary Taylor â€“ G.T., A&M Records 1983. G.T. is the debut album of songwriter, producer and backing vocalist Gary Taylor. Gary started his career in 1983 and although the album was not a big hit, Taylor showed his talent as both a songwriter and producer, and was soon asked to write songs for artists like Anita Baker (“Good Love”), the Whispers (“Just Gets Better With Time”) and Carl Anderson (“I’m No Stranger”).

The album features the singles â€œJust What I Had In Mindâ€ and â€œOn The Lineâ€ (also on this album as long version bonus track) along with some other gems such as “Without you in my life” and “This Time”. Gary remains until this day one of Americaâ€™s top soul artists having subsequently released a consistent array of great music from this early 80â€™s start up through to his latest albums. Over the years Taylor created the template for a successful independent singing career through his half dozen releases. He also continued writing for other great artists, including Lalah Hathaway, Vanessa Williams and Grover Washington, Jr.

Known primarily for writing songs of love and relationships, Taylor departed from that mold with his 2006 release Retro Blackness, his most socially charged release that examines African American culture. As Taylor put it, the disc is a “soulful music celebration and heartfelt contemplation of a people and a culture