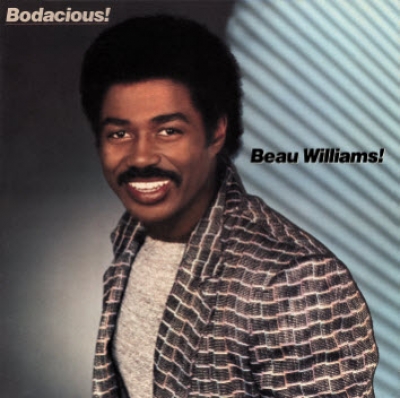 Beau returned to the studio with producer Al Abrahams to cut tunes for the album BODACIOUS. This time the sessions included the cream of LA’s music scene – arranger Gene Page, singer/songwriter James Ingram, guitarists Lee Ritenour & Ray Parker Jr. bassist Nathan East, percussionist Paulinho Da Costa, keyboardist Bobby Lyle, drummer Leon Ndugu Chancler. Songs were submitted from many – Gary Taylor wrote the mid-tempo “Don’t Say No” and the rocking “Slave” (Beau’s strong vocal skills married with drivnig rock guitar).. Beau, Al & Bobby came up with the uptempo dancer “Danger Zone” which could have given the Kenny Loggins hit of the same name some competition if it were released as a single.

Then we have Robbie Nevil’s “C’est La Vie” – “The version I cut was more in a soul-funk groove,” said Beau. “We felt it would make a good single but the A&R folks disagreed. So, Robbie went ahead & cut his version (in 1986), which became a hit.” Brill Building legends Barry Mann & Cynthia Weil came up with the ballad “The Last Time I Made Love” – a great showcase for Beau which could have been a single if the duet version by Joyce Kennedy & Jeffrey Osborne hadn’t hit the streets (as well as the pop & soul charts). “Dark & Lonely Nights’, “You Do It” and the ballad “You Are The One” (the latter penned by Beau with James Ingram on background vocals) rounded out the album.