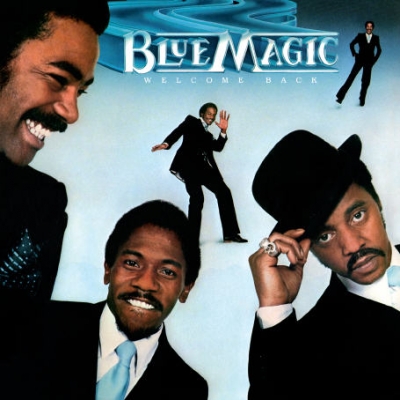 Blue Magicâ€™s 1981 Capitol release, WELCOME BACK, arrived at a time when soul and R&B music had resurfaced as a popular genre yet in a different manner.

While heavy funk grooves & well-crafted ballads driven by rhythm sections/horns/strings were the norm in the 1970s, the rise of synthesizers & drum machines in the 80s resulted in light pop-driven arrangements â€“ evident in hits by Ray Parker Jr. & Raydio (â€œA Woman Needs Loveâ€) and the Four Tops (â€œWhen She Was My Girlâ€).

Instead of following this trend, Blue Magic (lead singer Ted â€œWizardâ€ Mills, Keith Beaton, Vernon Sawyer & Wendell Sawyer) as well as producer Norman Harris & his crew of session musicians (members of MFSB) stuck with the winning formula that made the group successful â€“ and met with resistance from the industry.