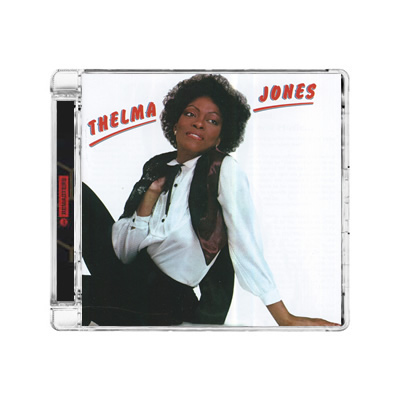 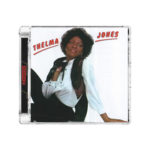 Thelma Jones launched her career in 1967, releasing a few notable singles through Barry Records. The classic soul/jazz album, THELMA JONES, was her debut LP and was released almost ten years after her first single The House That Jack Built.

THELMA JONES was produced by seminal record producer Bert DeCoteaux after his success with The Main Ingredient, Linda Lewis and Marlena Shaw. The album’s first single was I SECOND THAT EMOTION, a surprisingly fresh reworking of the Smokey Robinson and the Miracles classic. Thelma’s version spent 6 weeks in the US R&B charts in 1978. Also included on this album are versions of The O’Jays’ NOW THAT WE FOUND LOVE as well as the evergreen ANGEL OF THE MORNING which had previously been recorded by Dusty Springfield and Nina Simone.

THELMA JONES received strong critical acclaim and led to Thelma becoming something of a cult icon for Soul and Jazz music aficionados, particularly in the UK. The album also features her earlier Columbia single, SALTY TEARS, which was produced by southern soul legend, Brad Shapiro

Released in deluxe Super Jewel cases, with three bonus tracks and a brand new interview with the artist, THELMA JONES is a must for all Soul and Jazz fans out there!