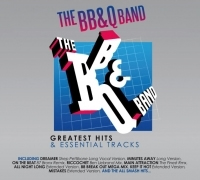 The BB&Q Band , which stands for the Brooklyn, Bronx and Queens Band, were a U.S. Soul/R&B formed in 1981 by the extremely successful production partnership of Jacques Fred Petrus and Mauro Malavesi. The Band were extremely successful particularly in dance clubs throughout Europe and the States. Their first album delivered the hit single â€œOn the Beatâ€ which charted internationally and reached the No. 8 spot on the U.S. Black charts. The second album, released in 1982, â€œAll Night Longâ€ delivered the single, â€œAll night long (sheâ€™s got the moves I like) and â€œImaginationâ€ Their third album â€œSix Million Timesâ€ was not a major success and lead to the band being dropped by Capitol Records.

By 1985 Petrus had fixed a contract with Elektra Records and B. B. & Q. Band was back on track with their last album â€œGenieâ€, including hits like the title track “Genie” and “Dreamer”. The album sold very well, especially in Europe, but in 1986 the B. B. & Q. Band disappeared forever when Petrus was murdered!

This 2CD reflects the very best of BB&Q including all their Great Hits as well as the tracks and Re-mixes considered Essential by the aficionados of this 80â€™s dance act. The digipak also includes a 24 page booklet detailing the bands career.

Soundfiles will be added soon!